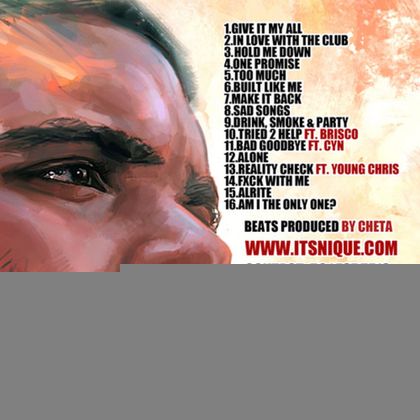 itsNique – On My Own Official Mixtape Hosted By Dj Khaled

Download itsNique – On My Own Official Mixtape Hosted By Dj Khaled.

22 year old Upstate, New York native, It’s Nique may be brand new to the masses but is a veteran in his own regard. Coming from the 518, the capital district, he gives a voice to a perspective that has yet to be heard. After releasing over 5 full length cds at home, including his cult classic debut ‘The Eighty Eight Baby’, he hit a wall. Being from a region that no one had ever put on for one could only take it but so far without traveling. In addition to this, the radio is run by suckers and doesn’t support their local artists.

Many people would take this as a reason to give up and do something else, but Nique knew he had something. With heavy support of the people in the local towns he sold over 10,000 mixtapes independently. He was quoted as saying “I hope they don’t play my sh&t, wait till I get on i’m going to start my own radio station and put them out of business.” He took this mentality and applied it to anything that got in his way. After the incarceration of friend and labelmate, Tarzan, he knew if he wanted to really do the things he dreamed about he had to get out of the 518 and find a bigger market.

So on his own he hit the road and ended up in Broward County, Florida where he only knew one person. Being no stranger to adversity this underdog situation was nothing he couldn’t handle. It wasn’t long before he found his place and had some friends from back home running around South Florida with him one of whom was rapper H.G. H played a big part in Nique’s first release from Florida ‘How I Feel 2’ on which he first linked up with Cash Money/ Young Money recording artist Brisco for the underground smash ‘Albany 2 OpaLocka’. Plans of a big release and the launching of a label were suddenly interrupted when H.G was indicted on Rico charges. With two of his biggest supporters and labelmates out of the picture it was back to the drawing board for Nique. He had to make a new plan

After selling about 5,000 copies of ‘How I Feel 2’, marginal success on the internet, he concluded he needed a new route. After reconnecting with Brisco for the record ‘Clear 2 See’ he presented him with the idea of a whole collaborative mixtape. This lead to an internet smash with over 10,000 digital downloads with volume hosted by DJ Onpoint. Less than a year later Brisco It’s Nique volume 2 hosted by JGreen was released and is still killing the internet with even better numbers than the first. With a buzz created with some help from Brisco and a run of homemade videos on WorldStarHiphop & Youtube he knew it was time to take it to that next level. With his career at an all time high, getting paid for features, writing & appearances, his personal situation was still not right. “It was clear there wasn’t too much ‘real’ left out here”. With the realization that his successes or failures would ultimately be determined by his actions his label was launched : “On My Own” . Its first release ,by the same title, is slated for a February release and is hosted by the president of Def Jam South , DJ Khaled. Stay in tune

dj khaleditsNiqueOn My Own
Report Problem or Broken Link 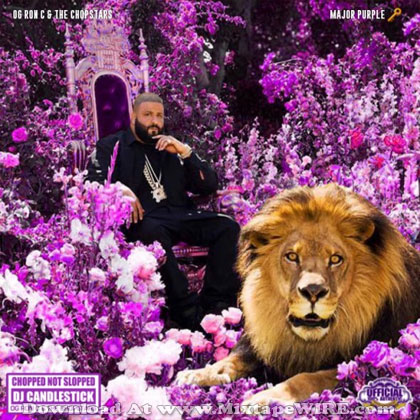 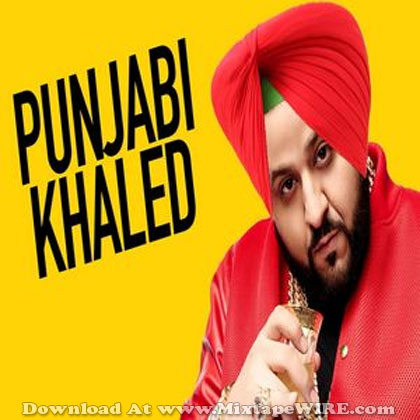