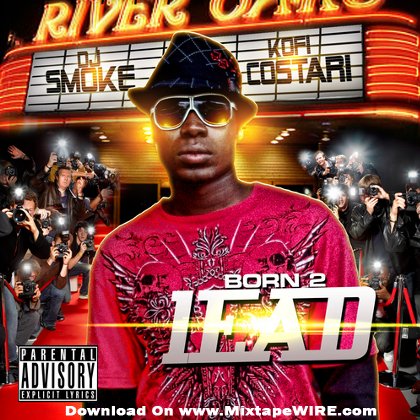 Listen and download Kofi Costari – Born 2 Lead Official Mixtape by DJ Smoke
Biography/Discography
Sylvester(Kofi Costari) Asiedu was born July 27, 1984 in Trier, Germany. At the age of four he moved to Ghana(Accura) where he lived with relatives and learned of his African roots and customs. Around the tender age of nine Kofi Costari moved to Chicago in pursuit of the American dream. A passion that was not taken seriously eventually transpired into something he grew to love very much. Kofi Costari was determined to perfect his love for music by writing verses every chance he got; whether in his first period class in high school or at a local friends studio nearby. Collaborations with close counterparts and local artist was how Kofi Costari elevated his skills on the mic, with his charismatic energy and go getter attitude whatever beat put in front of his path he went after it with aggression and style.
However, the road to success has not been a easy journey to track for the Chicago MC. Initially working under an independent label in 2003 proved to be a valuable learning experience for Kofi Costari to grow into the artist you hear today. Presently, he has been afforded the opportunity by the independent label Muzikal Menace to take his skills to the next plateau. With assistance from engineer No Xcuess, as well as producer Sen Beatz. Kofi Costari appears to be the missing link to a puzzle that once upon a time didn’t fit. With the proper team backing him, the future looks bright for Kofi Costari, with a lot more in store stay tuned as he continues to grow as an artist, and make his dreams become a reality.
Follow Kofi Costari on twitter @ Koficostari
Become a fan on facebook.com/koficostari
reverbnation.com/koficostari
soundcloud.com/koficostari

This is the mixtape that Kofi has spent a whole year making sure that everything was perfect. Download Born 2 Lead hosted by Dj Smoke NOW. Born 2 Lead features Glenn Mitchell, I.Deal, D.A.S.H, Kenwood, and G.R.I.M. Production for this mixtape was handled by Infinte Jeanius, BMod, IDJ, Sen Beatz, Nick Ahamnos and Chuck Talior. Also checkout the first single off the mixtape 25-25 produced by Infinite Jeanius.

Preview and stream songs below: