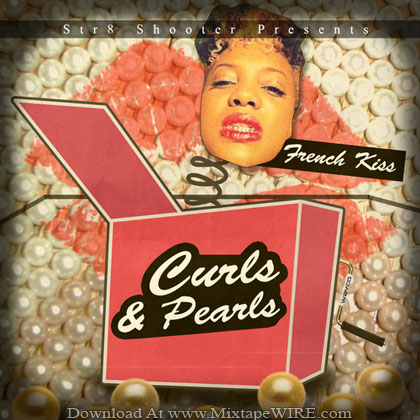 Introducing a new wave of Hip Hop coined “Corky”, FrenchKiss sets herself apart from any other rapper in the world of music today. With her 7 song EP titled: Curls & Pearls she raps with a delivery and tone that we haven’t heard from a female MC in quit some time. Riding her own lane with songs such as “Stuggart”, Tight & Sneakers, Paint Me White, and lead single “She’s Dope”, FrenchKiss displays a wide range of versatilty and organiality on her freshmen effort. She’s definitely on the verge of becoming a force in the music industry. Already co-signed by some of music heavyweights-check for her to be featured on a few surprise releases this summer as well as performing on spot dates on “The Bigger Than Music Tour”. French music is a fresh sound for real music lovers and hip hop fans. And she has something for everybody to ride to this spring and summer!!