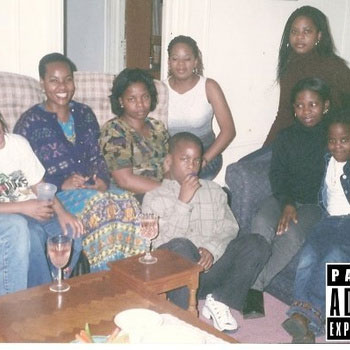 Dennis Blakkk was born as Dennis Stambuli on May 26, 1992 in the Bronx, New York. From his earliest days, Dennis was always a fan of Hip Hop, being obsessed with shows such as “YO! MTV Raps” and “106 & Park”. If it wasn’t a cartoon on the television, it had to be a rap music video. He didn’t understand the content of what he was viewing at the time, but for some reason the genre just seemed to have a mesmerizing effect on him from his very first listen. His interest in rap began to truly form when he moved upstate to Poughkeepsie NY at 10 years old. From there he started scribbling rhymes together in class which eventually led to friendly freestyles with fellow peers during middle school. Those encounters ledDennis to begin making rap songs the summer before 9th grade. He would periodically post songs on Myspace until he finally decided to take it seriously the moment he graduated. With this new outlook, he dropped his first mixtape, “Shut Up And Listen”, via Datpiff and it received a good reception from engaged listeners. He followed up with a string of local shows and events plus two more mixtapes over the next two years. He has recently released his third mixtape “1990Somethin” a few months back and is already working on his next project, an EP titled “1998”. He is also currently working on an instrumental tape under his producer alter ego Doktor Dennis In his new surrounding of Los Angeles, be on the lookout for him; he’s got a great deal of potential and is sure to be a major influence in the rap game soon and for years to come.
1. INTRO FT. DOKTOR DENNIS 01:06
2. LOVIN IT 04:46
3. THOTZ 02:18
4. PIFFMUZIK1.5 02:56
5. LUCHINI FT. JUST LEEK 02:43
6. PEP TALK FT. DOKTOR DENNIS 01:38
7. SUMTHNLYTE 02:02
8. DOOMISMYNIGGA 02:22
9. REALITY/FANTASY FT. AL CLASS 03:12
10.MRS. NATHAN 00:08
11.RITEWHEREUSTAND 02:03
12.HIGH ALL DA TIME FT. ASAP ROCKY X SPACEGHOSTPURRP 02:48
13.OLDIE FT. HIRI SKY WALKER X IKE JORDAN X J7NG X GENNY BADASS X LEX DA BIG CHILL 02:04
14.WE OUT! FT DOKTOR DENNIS 02:04
15.*BONUS* OCEVNS FT. LC X J7NG 04:46

Hitman Da Hitmaker – Who Are You, hosted by DJ Noize