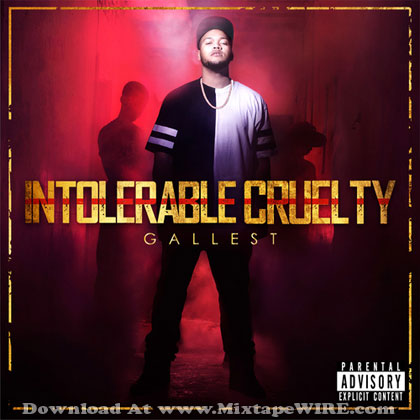 ‘Intolerable Cruelty’ showcases Gallest’s unique style, which sees collaborations from heavy weight producers including The Morris Brothers (Lil Wayne/Rick Ross/Wale/Mase), Ziggy Asafo, Chris Dowling and Fabian ‘Minim’ Worrell. Stand out tracks include ʻThe Go,ʼ ʻHold It Downʼ, ‘Pray’ ft. Magazeen and ʻRight Nowʼ. Hailing from a musically gifted family and influenced by artists such as Andre 3000 and Jay Z, Gallest has been writing and recording his own material for a number of years. After encouragement from industry figures and his rapidly growing fanbase, he decided to pursue his dream. The talented rapper recorded and dropped his first mixtape ‘In My Mind’ at the end of 2012. Since then Gallest has not only been recording his latest works, but travelling the world performing to fans at world hotspots in London, Hong Kong, China and Dubai.

Various – Do What I Want 5, hosted by DJ Amazing Goddess