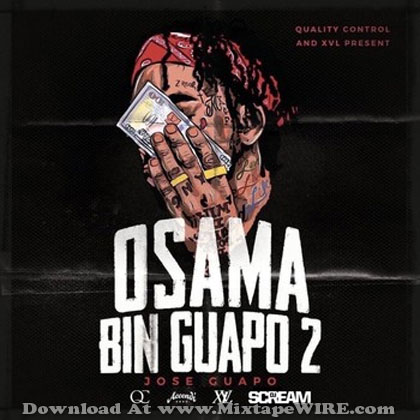 Quality Control rapper and dab originator Jose Guapo has a somewhat lowkey 2016 compared to his explosive 2015. He kicks things up a notch with the release of a new mixtape called Osama Bin Guapo 2 – his first mixtape since April’s Extravagant Trench Shit.

B Shot – Definition of a Hustler (Official)