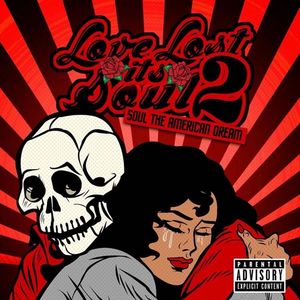 “Love Lost Its Soul 2” with singles, “Song Cry” featuring Dom, “Ms. Lauryn”, ‘Karma” and more. Single “Ms. Lauryn” samples Lauryn Hill single, “Ex-Factor”, this is one song that I know no matter what I am going through with someone, if it’s a rough patch this song seems to get me over it. Soul creating his own version of this single in a male’s perspective would still give us ladies that satisfying feeling just as well as Ms. Lauryn Hill original single does. Soul also remakes another good hit, “Song Cry” which is the same title of his single. He also has another single, “Karma” which instantly gave me the thought of rapper Lloyd Banks single, but Soul has his own touch to the single, speaking of doing things in love that is unfair, and receiving the karma back. Soul didn’t stop there with bringing back singles form the early 00s, he also sampled Ja Rule’s single “Down A** Chick” featuring Charlie Baltimore with his single, “11:11”.

Hitman Da Hitmaker – Who Are You, hosted by DJ Noize