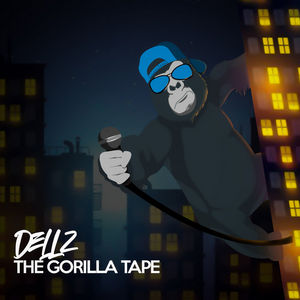 After A long break of not doing a mixtape Dellz drops this new mixtape called The Gorilla Tape. This mixtape is loaded with tons of talent from some of the dopest Mc’s in the Lancaster/Coatesville area. Every record pops! It gives you that old school feel that hip-hop has been missing.