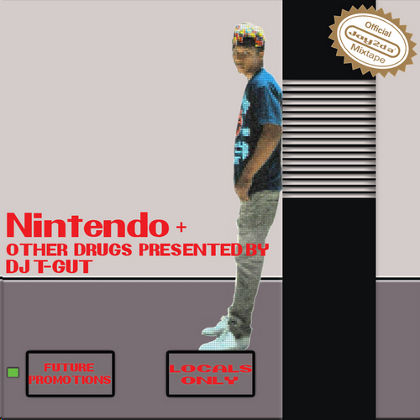 Jay2da, born Julian Johnson, was raised in East Bridgewater, MA. He started rapping at the tender age of 7 by freestyling and writing down rhymes with his father. After moving to the DMV in middle school, he took some time off from music to focus on sports, but eventually started rapping again at 17 with his high school friends. Later he was introduced to GD by Ali Assadi, and they formed The Hammer Boys. They released one mixtape title “The Dean’s List” with DJ Capcom under HMG and REAL Dope! Records before splitting up and going solo.
Jay2da is known for his unique word play, rhyme scheme, and everyday life content. He is heavily influenced by the 90s, partying, and the world around him.
Recently he has started his own crew crowned The Locals, as well as a clothing line called Locals Only. If you are a fan of Jay then you are an old friend from down the block to him, your now a Local and part of the Locals family. After teaming up with Future Promotions, there is no limit to how far this movement can go. Jay2da recently dropped his debut album as a solo artist entitled “Nintendo & Other Drugs ” and is almost finished with his second project. With hometown love and support anything is possible, and according to Jay2da, “Local love is the best love.”

Stream and preview songs below: