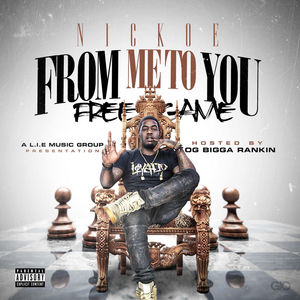 Nickoe – From Me To You (Official) By Bigga Rankin

West Jackson, MS; Talented young lyrical artist, Nickoe decided that he was not going to be a product of his environment. Where he came from is stricken with poverty and the streets are tough to say the least. Starting his rap career just 7 months ago, Nickoe saw rap as an avenue to help him escape his surroundings and knowing that he had to go all in he did just that. His debut mixtape titled “From Me To You “Free Game” brings in the official streets A&R, Bigga Rankin as the host and has features from Turk, Boo Rossini, and many more.